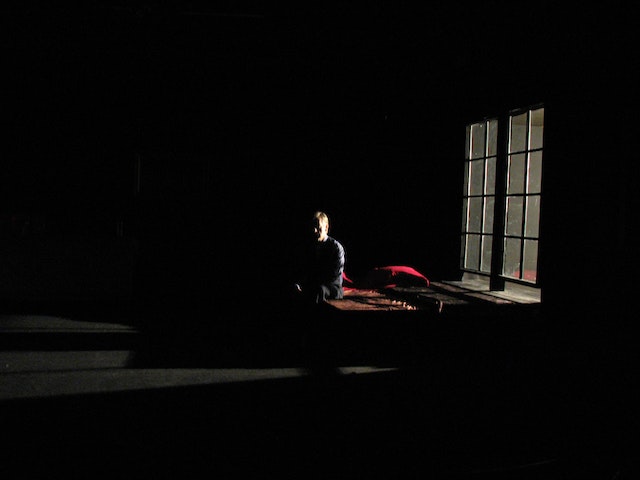 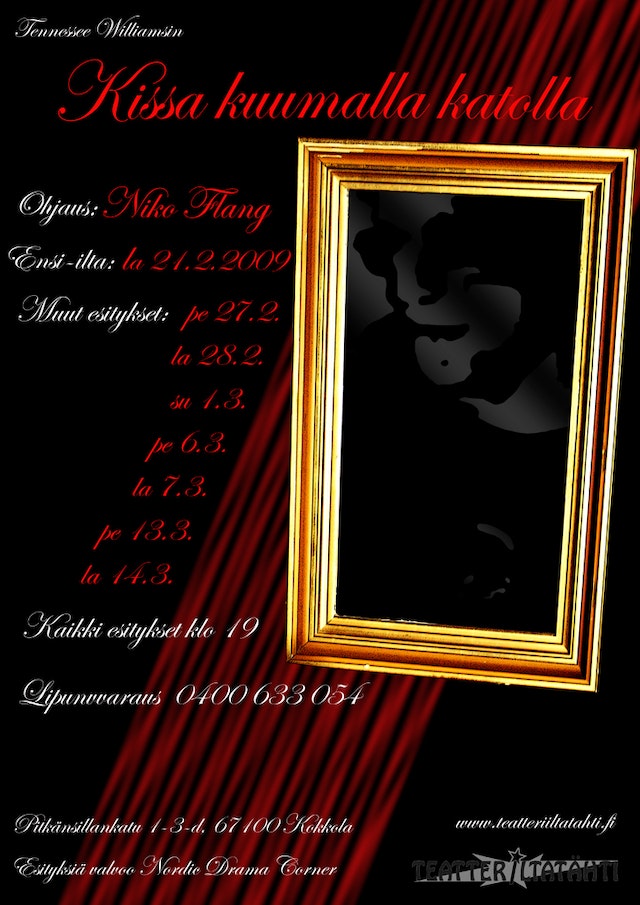 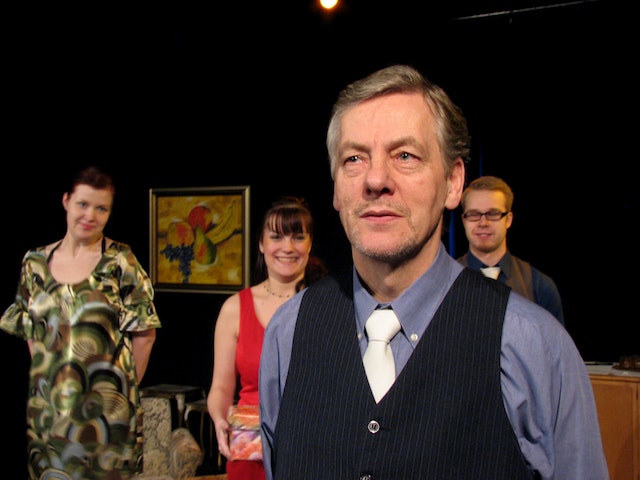 Cat On a Hot Tin Roof

Cat On a Hot Tin Roof was my final direction at Uni. I chose this play from Tennessee Williams due to its themes around unhappy marriages, alcoholism and children sometimes not being able to talk to your parents. It was performed at Teatteri Iltatähti in Kokkola, Finland in 2009.

During the rehearsal process, I studied what effect physical exercise would have in the actor's ability to distance themselves from the characters after the show was done. This was the topic of my thesis at Uni.