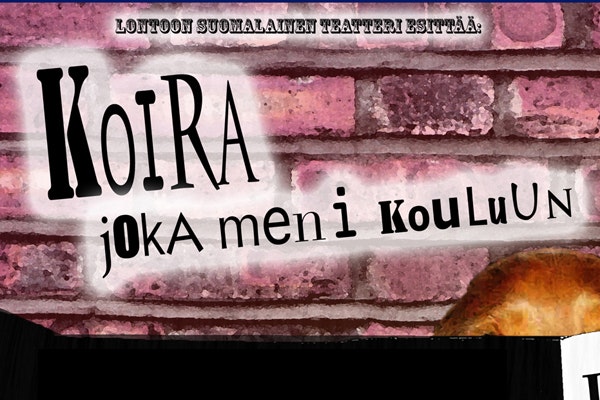 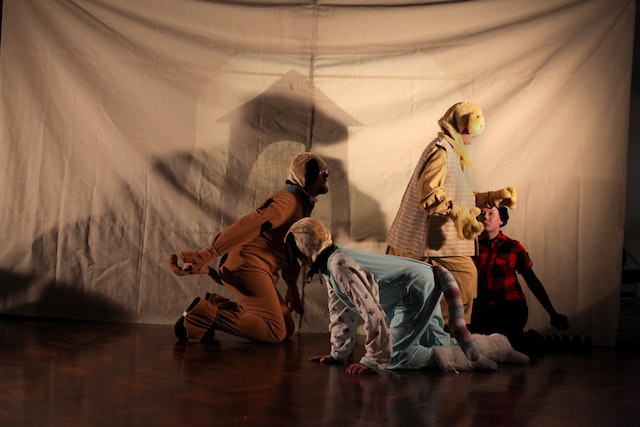 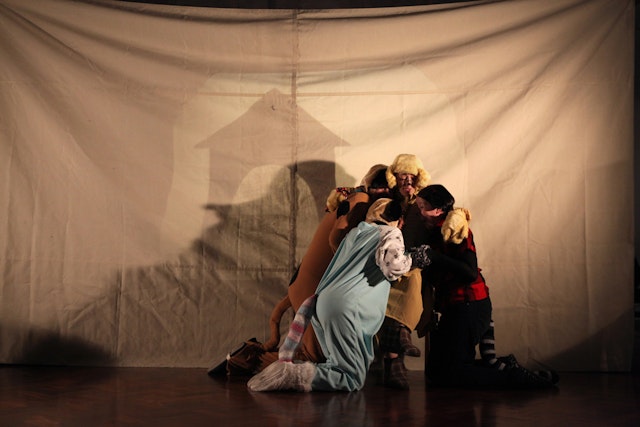 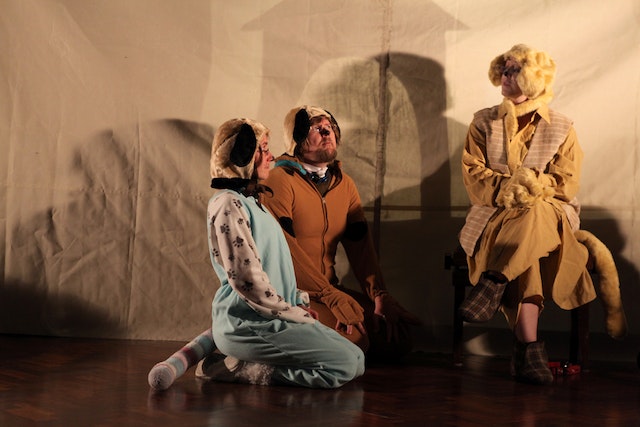 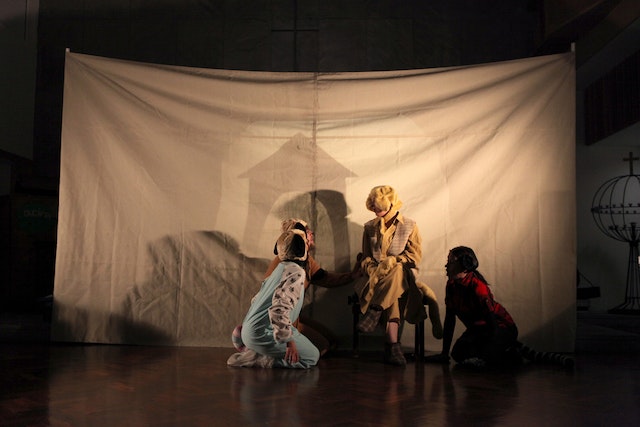 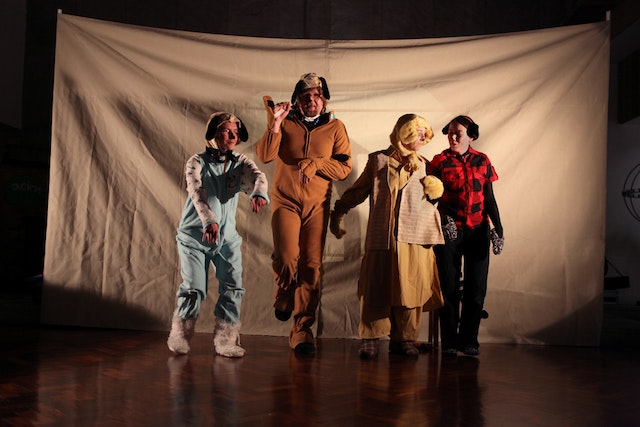 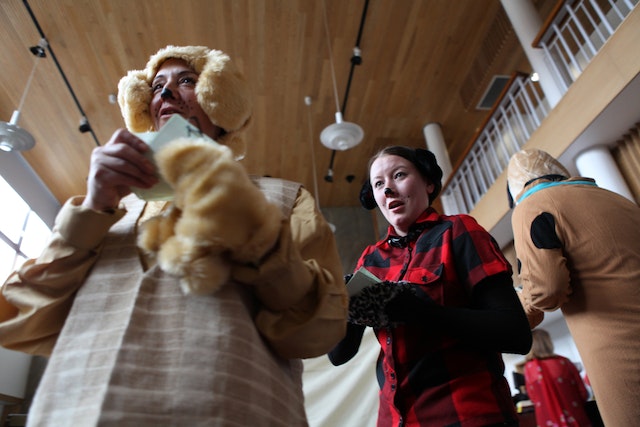 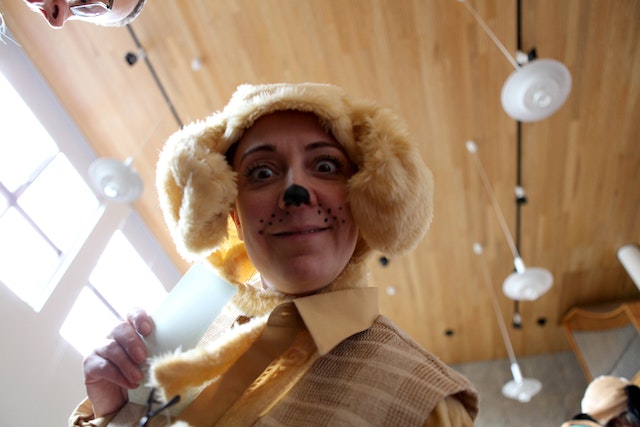 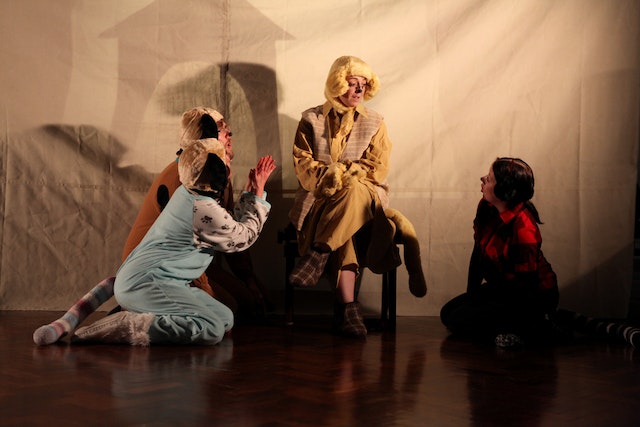 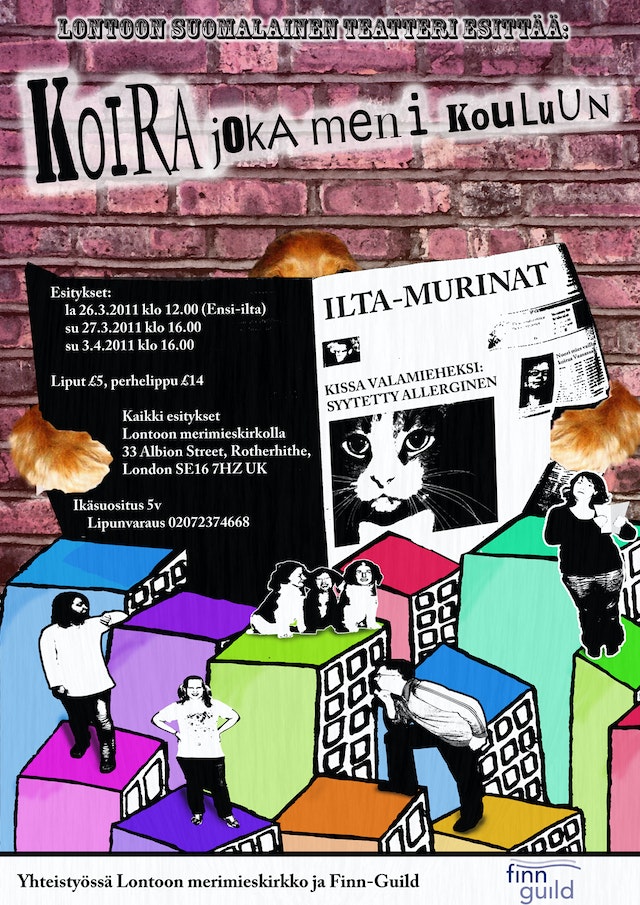 Dog Who Went to School

Dog Who Went to School was my first direction at the Finnish Theatre in London. We made the show after I started an acting course for Finnish adults in London back in 2010. We decided, that it would be a good idea to try to put on a children's show at first. As we searched for available stories to use, we came across a children's book by Osmo Leivo called "The Dog Who Went to School" (or "Koira joka meni kouluun" in Finnish). I immediately fell in love in the story and wanted to adapt it to our newly founded theatre.

After the show premiered at the Finnish Church in London in 2011, it went on a tour around Finnish Saturday afternoon schools in England. Places we visited included Brighton, Camberwell, St. Albans and Kingston.